No Matter Where You Live, These Socio-Economic Factors Can Impact a Baby’s Upbringing

Home / Blog / No Matter Where You Live, These Socio-Economic Factors Can Impact a Baby’s Upbringing

Socio-economic issues that perpetuate inequality are never isolated. Although issues like the climate crisis, gender discrimination, and racism may seem isolated, the truth is that they all work simultaneously to impede parents from accessing adequate resources when raising their children.

An alarming statistic from the United Nations states that today, 71% of the world’s population lives in countries where inequality has worsened. Moreover, since the 1990s, economic inequality has grown in most developed countries, and some middle-income countries like China and India. Under worsening conditions, the most vulnerable are children who are helpless against external factors that may affect their growth.

No matter where you live, here are the ways in which socio-economic conditions impact your baby’s upbringing.

The global climate crisis is one of the most pressing issues of our time, but even though its geophysical effects are felt worldwide, vulnerable sectors are the ones who suffer the most. Developing countries and low-income communities do not have the infrastructure to withstand rising water levels, changing weather patterns, and increasing global temperatures that commonly cause displacement and mortality.

According to a study from Columbia University, the climate crisis also has a particularly adverse effect on children’s health. They report that while all children are at risk, the socially and economically disadvantaged are the most heavily impacted by such effects as extreme climate, air pollution, and food and water supply contamination.

Not only are women more vulnerable to becoming single parents who have to split their time between family and work, but they are also more likely to encounter gender discrimination in school and the workplace. This causes them significant disadvantages when raising children.

Gender gaps in education are prevalent in countries where gender discrimination is rampant. Bridge International is a network of schools that aim to educate students and prepare them for adulthood with gender-sensitive practices. As an institution that strives for equal educational opportunities for all genders, they’ve often highlighted how the pandemic has only worsened the gender gap in education, especially in more conservative countries like India. Some girls who lost out on education amidst school closures during the pandemic might never return to the classroom altogether simply because they’re women.

This necessitates a prompt response among governments around the world. After all, the World Health Organization reports that adolescent pregnancies, which have major health issues for both mothers and their children and is the leading cause of death among girls aged 15-19 globally, are commonly driven by a lack of education and employment opportunities. Providing girls with education is also intimately tied to a better quality of life, as it is associated with employment opportunities, increased birth control access, reduced mortality rates among infants and the girls themselves.

Racial discrimination is a critical influence on structural conditions that allow access to adequate resources, such as food or workplace benefits that are integral to raising children. So when crises hit, it’s always these communities who are the most disproportionately impacted.

In America, racial inequality’s impact on families was highlighted by the baby formula shortage crisis. This was caused by the adverse effects on the supply chain issues and labor shortages following the closure of the Abbott Nutrition facility in Sturgis, Michigan. While breastfeeding seems like the obvious alternative, some conditions such as medications, infectious diseases, and substance use make some breast milk unsuitable for children. For Black and Native women, in particular, systemic and historical impediments tied to race (such as workplace discrimination or traditional views on breastfeeding) make it difficult to breastfeed their children regularly.

Fathers, too, are suffering immense distress from the crisis. Because deserts are more common among predominantly Black or low-income neighborhoods, fathers belonging to minority communities are more profoundly impacted by the formula shortage due to racial inequality. Moreover, they can also be limited by damaging gender norms suggesting that fathers have minimal involvement in raising and caring for their children. This can be tied back to gender discrimination, as feeding a baby is the responsibility of both parents.
We do a lot for our children, but there’s a limit to what issues we can shield them from. Ultimately, until widespread systemic intervention addresses these problems adequately, private organizations and institutions can provide their aid to affected children.

If you want to help families in need, you can check out Babies of Homelessness for information on how to get involved. 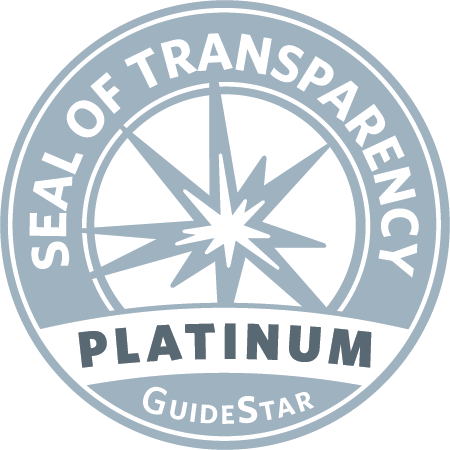